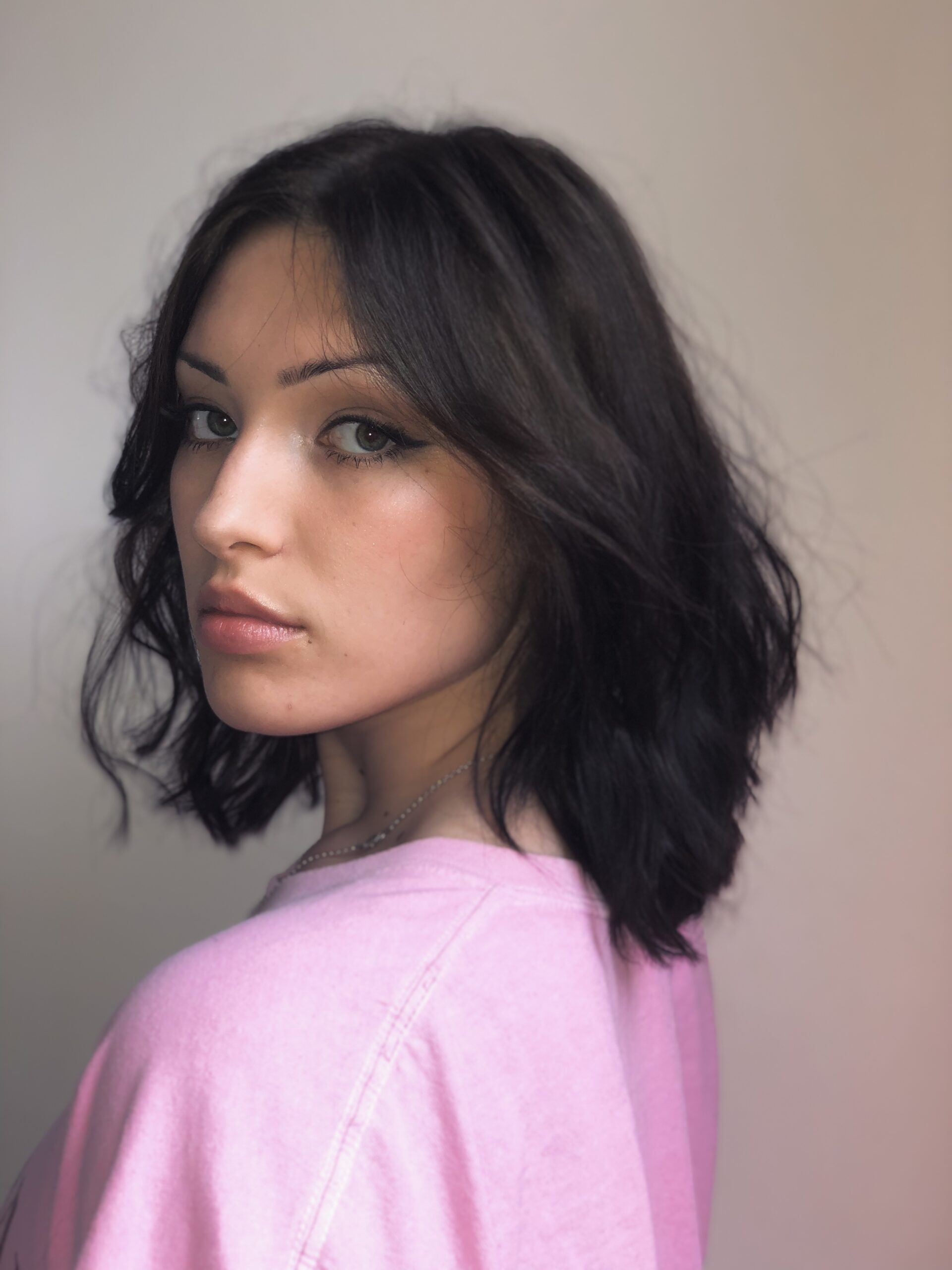 Bella has been a passionate, ambitious musician since a young age, learning guitar at 11 and spending her free time in-between school songwriting, going to gigs and performing at local open mic nights.

What once began with acoustic covers posted on Youtube, then led to gigging with her own band at Manchester venues such as The Academy 3, Club Academy and The Deaf Institute.

She now has spent the past 3 years releasing original music as an independent artist in Manchester based, synth pop band Hot Minute. As an all-female group, they strive to platform more women in music and be strong voices for girl power and disadvantaged groups in such a male-dominated industry.

In early 2021 Bella signed to VauHaus Agency, an ethical and creative modelling agency in Manchester, that is committed to equal representation between all models, whether it be race, size, gender or sexuality. Alongside this, VauHaus places strong importance on finding ways to promote sustainability in the fashion industry and wider creative industries, supporting smaller brands and working alongside independently run businesses.

She is the administrative assistant for Both Sides Records.